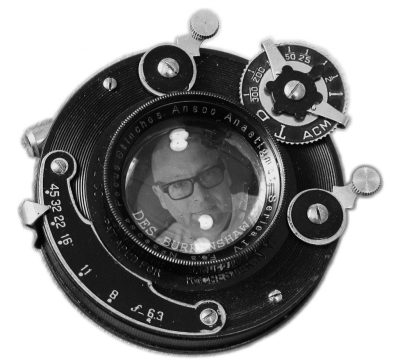 Hi, I’m Des Burkinshaw, MD of Magnificent!
I’ve been writing for a living since I was 17.
First as a journalist on The Times, then a producer at the BBC, and now years working on scripts for magnificent!

Ironically, I won’t get paid for writing anything on this page. So I might as well enjoy myself.

Bryant and May – better than Sherlock Holmes. Don’t shoot me.

A couple of years ago I was faced with the grim task of decorating our conservatory. I was fed up with listening to Radio 4 and decided to try an audiobook.
I don’t know about you, but I had a rather strange image of them. Weren’t they for blind people? Or old people? Somehow the notion of listening to someone read a book to me belonged to an imaginary childhood “Can mummy tuck me in now?” Not only that, but my house is filled with books. Real books with dust jackets etc. I love looking at them as well as reading them, trying to keep the pages open with one hand while trying to drink tea without spilling with the other.
But I really was bored and you can’t paint with a book in your hand, so I downloaded Audible and had a browse.
For some reason, the book I gravitated to was The Water Room by Christopher Fowler. I’d never heard of either. But something in the blurb grabbed me and I lost my audiobook virginity, sloshing paint everywhere.

This led eventually to my meeting Chris at the launch of Strange Tide and we made a little film about the launch.

So right up until this point, Bryant and May have been nothing but a blessing.
What’s changed? Well, I’m working on my own first novel.
It doesn’t share much with Bryant and May in terms of characters, setting or plot but still I feel suddenly hampered by my love of them. I tried to analyse what it was and realised it’s the author’s voice. I suspect Chris and I have read many of the same books and we also come from a media background.
I wrote a very long outline (I really don’t want to muck up the plotting on a first novel attempt) but realised that I’m going to have to work hard to avoid sounding like the meshing of Wodehouse, Dickens, Austen, Chandler, Dexter and – yes – Chris Fowler – that my literary head actually is. I love Nordic Noir. I love James Ellroy. I love Michael Connelly. But I don’t hear them in my writing. I never speak like them. They don’t do absurd or surreal, whereas I’m a child of the Beatles, Monty Python and the Bonzo Dog Doo Dah Band.
I suspect this will all turn out to be a good thing. It has made me conscious of what I have to avoid as I seek to find my voice.
We’ll see.
In the meantime, I have only a few months to wait until the next Bryant and May is out. Please god don’t let it touch on any of themes in my thriller.

Just before Christmas we got an SOS from recently graduated actor Oliver Brassell. He needed a showreel but only had a few wobble-cam movement pieces filmed.

With the help of his actor friend Holly, we borrowed a flat in Chalk Farm and then directed, lit, filmed and edited a few snippets for him.

It all had to be done in a day and as there was no time for a recce, we had to think on our feet.

The final scene was particularly challenging. We had to black out the room, partially light Olly and create some light movement by dangling the end of a scarf in front of one of the dedolights.

If you need a reel doing, whether it’s shot from scratch or a mix of old and new footage, give us a call. You could expect to get something similar to this (providing you are as professional as Olly and have learnt your lines in advance) for about £350-£450.  This normally wouldn’t cover the cost of shooting for a day let alone editing, but we know how hard it is to get noticed as an actor. We ask only that you are flexible on dates so that we can do these on downtime days for us but can usually turn a reel around within two weeks.  Give Des a call on 07879 811522 or drop him a line  des@magnificent.tv

The perils of putting a showreel together.

When Shazna and I set up magnificent! in 2002, quite a few of our clients were still using DV cameras and shooting 4×3 (ie square) footage.

We also shot in Standard Definition on Digibeta. It was a pretty good format as things go and was the defacto standard for telly. As late as 2002 I know of productions that would use BetaSP if they had to.

As the Noughties moved on, the technology improved no end and DV became HDV and the Sony Z1 become the Sony EX1 etc. Today the number and type of cameras available is incredible. 5k cameras under £20,000, 4K cameras such as the Sony FS7 (our favourite) at virtually consumer prices. Then there are the DSLRs, the Go Pros, the drones, even – don’t laugh – the Iphones.

These days we shoot 4k and edit in 1080p but have used every format you can imagine over the years. Below is a longer version of our current showreel. There is lots of good stuff in there but we had to decide whether to include items shot on on Standard Definition cameras. However good the content, it will always look like bad VHS versions compared to today’s clean, sharp lenses and cameras.

So here it is.